What Is Gold Leaf? 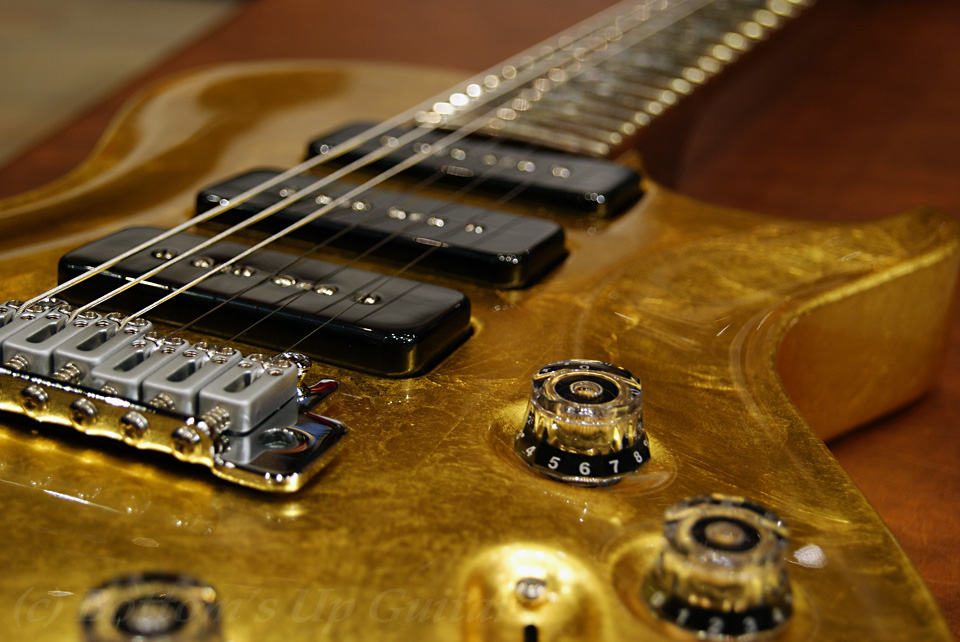 Gold leaf is an ultra-thin layer of pure gold that crafters use to create a gilded appearance on projects such as picture frames, sculptures, and book bindings. Applying it can be very labor-intensive and challenging for beginners. It is extremely fragile by nature and will adhere to almost any moistened surface. Professional gilders suggest it could take months of practice to become proficient at gilding.

Since pure gold is an element, not a compound or alloy, you can compress it to nearly the atomic level without destroying its structure. This means you can literally pound it in a layer so thin sunlight can pass through it. This property is essential to the creation of gold leaf. During ancient times, craftsmen would create gold leaf by placing a quantity of gold between two leather straps and pounding it by hand for weeks or months until it became exceptionally thin. You can then apply it to paintings, sculptures, and other religious or royal items.

Choose the gold leaf you need for your gilding process

How Is Gold Leaf Made?

The karat and color of the gold leaf vary depending on the amount of silver or copper added to the gold. Most goldbeaters make 23-karat leaf. You can put the gold and its alloy in a crucible and melt them in a furnace. Afterward, you can pour the liquid gold into a mold to cast it into a bar. You put the bar of gold through a rolling mill repeatedly. Each time through the mill, you adjust the rollers closer and closer to each other to make the gold thinner and thinner. You roll the bar to a thickness of 25 µm (1/1000 of an inch).

After rolling, you cut the ribbon of gold into one-inch squares. The first step in the beating process is called the cutch. The cutch is made up of approximately 150 skins. In the early days of the trade, they used ox intestine membrane (Goldbeater’s skin) to interleave the gold while they beat it. Today craftsmen use other materials, such as Mylar. Using wooden pincers, the preparer picks up each square of gold and places it in the center of each skin.

When you fill the cutch with the small gold squares, you then wrap it in several bands of parchment, which serve to hold the packet together during the beating. Parchment is still the best material that can withstand the hours of repeated hammer blows needed to beat the gold.

You beat the gold on a large, heavy block of marble or granite. Craftsmen sometimes placed these stone blocks on top of a tree trunk set deep into the ground. This created greater resiliency for the hammer. Beating of the cutch by hand takes about one hour using a fifteen-pound hammer. The goldbeater instinctively follows a pattern and sets up a rhythm, striking the packet with up to seventy strokes a minute.

Rotate the packet and turn it over to ensure that the gold inside expands evenly in all directions. Then, you beat the original small squares of gold until they have expanded to the outer edges of the four-inch square cutch. Afterwards, you take the gold out of the clutch and cut each piece into four pieces with a knife. Using the pincers, you put these squares of gold into a second packet called the shoder, which has approximately 1,500 skins. You beat the shoder for about three hours until the gold has expanded to a five-inch square.

You take the gold out of the shoder and place it on a leather-covered surface. The gold is thin enough now that the cutter can simply blow on it to flatten it out. Using a wooden implement called a wagon, you can quickly cut the gold into four pieces and immediately place it in a packet called a mold for the final beating. The wagon has sharp cutting blades, traditionally made from malacca cane (rattan). The mold contains 1,500 pieces of gold.

Before you fill the mold with gold, you coat the skins with a gypsum powder. This process is called briming, and through it you can prevent the delicate gold leaf from sticking to the skins. You beat the mold with an eight-pound hammer for three to four hours. You continue with this until you beat it into a circle about six inches in diameter. The finished leaf forms an unbroken sheet of gold with a thickness of 1/250,000 of an inch. After you take the leaves out of the mold, you conventionally cut them into a three and three-eighth-inch square and package them in tissue-paper books containing twenty-five leaves.